A project by a team led by Georgian architect Giorgi Khmaladze has been selected among three winners to be awarded at the annual ArchDaily & Strelka Awards celebrating transformative ideas for contemporary cities.

A coffee production plant by Khmaladze Architects has been picked to be one of threeultimate submissions for the prize, out of a longlist of 50 projects from 15 countries.

Alongside Garage Screen Cinema by SYNDICATE Architects and ARTCOR Creative Centre by Maxim Calujac, the Georgian work — being built in Tbilisi since 2016 — is now a recipient of the award that “celebrates emerging architects and new ideas”. 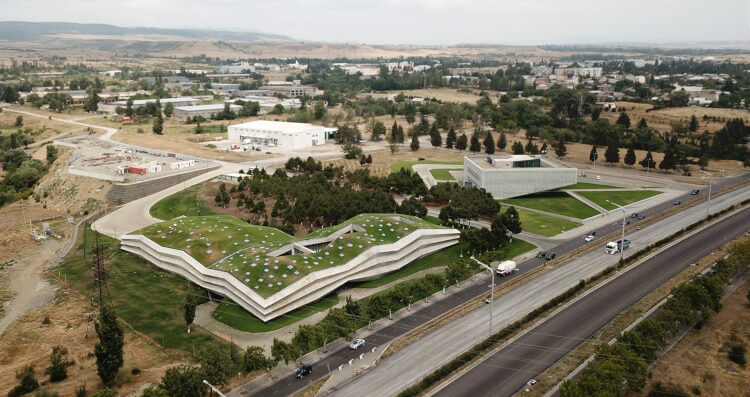 A view of the plant, with its roof serving as vegetation platform. Photo: giorgikhmaladze.com.

Launching the inaugural award, organisers said they were “looking for architectural projects that bring about positive change and deal with acute urban challenges”.

The architects said in their design the building shell wrapped “around work, meeting and rest spaces arranged on floors suspended on various levels”. The plant’s roof is designed as an area for growing vegetation found in the building’s surroundings.

Located on a highway connecting [the] city to the airport, the site is sparsely developed. Surrounded [by] fields and pine trees[,] the project houses coffee production plant, its offices, coffee tasting and small coffee exhibits,” a summary for the project said. 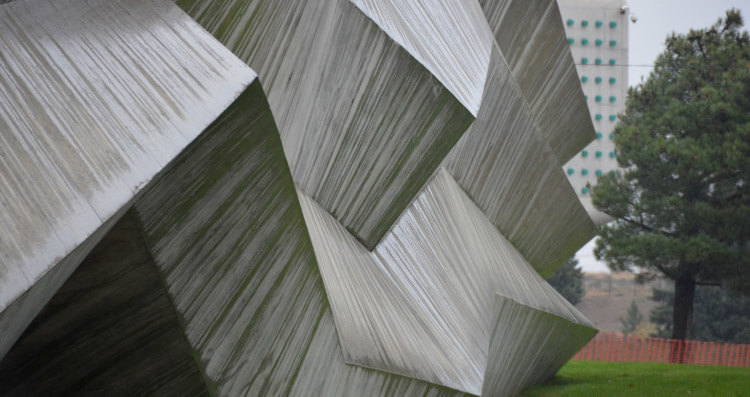 A closer detail of the material and design shapes used for the building. Photo: giorgikhmaladze.com.

Last year, the project was picked for the European Union Prize for Contemporary Architecture — also known as the Mies van der Rohe Award — among eight submissions from Georgia and over 380 projects nominated from around the world.

Khmaladze Architects have been featured in other ArchDaily awards in recent years. In 2014, a project for a fuel station and a McDonald’s restaurant by Khmaladze Architects — built in Georgia’s Black Sea city of Batumi — was selected Building of the Year in the Commercial Architecture category.

Held by Strelka Institute, ArchDaily and Strelka KB, the new prize has been established to “emphasise sustainability, research-based and participatory design, and the innovative use of materials”. Selection for the longlist was limited to submissions from former Soviet states.

The three finalist teams will be formally awarded in Moscow, during the Future Architect conference, where they will receive their prizes from ArchDaily CEO and Editor-in-Chief David Basulto.